Close
Home / SEO Predictions And Trends For 2020: Our Thoughts

SEO Predictions And Trends For 2020: Our Thoughts

As a New Year rolls in, the search community is eagerly anticipating which parts of the SEO industry will change in the next year. We’ve collected our predictions for 2020 SEO trends below, which we feel will make an impact in this year and beyond!

Being above the fold is harder than ever

The below picture shows the entirety of a search result from Google in 2020: 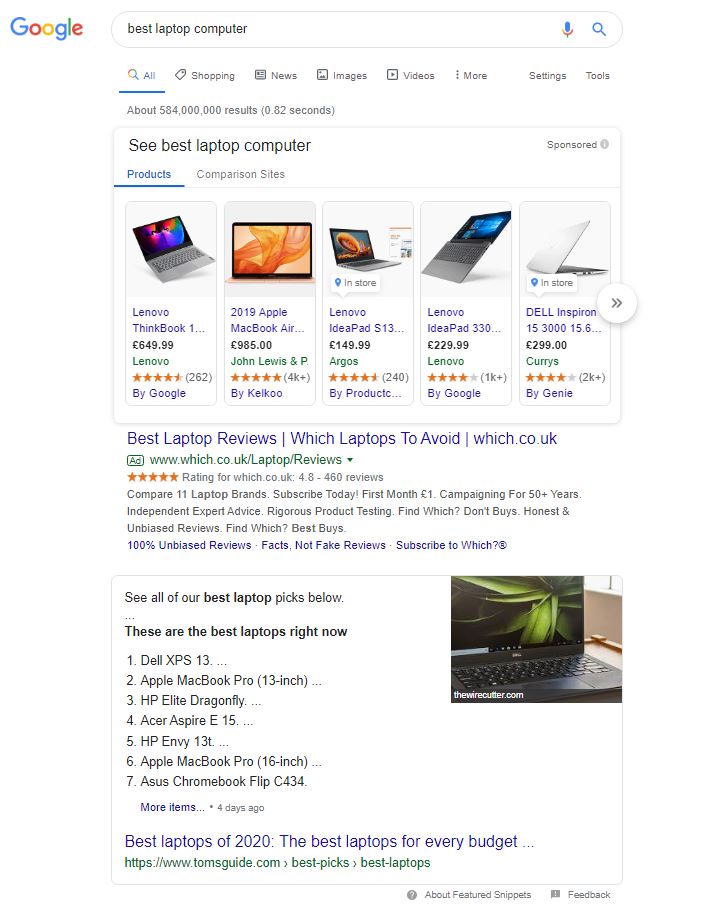 As you can see, it’s very hard to appear above the fold for certain terms compared to the Google of 10 years ago (where in most cases it was just regular organic results with ads)

Google is also aggressively growing the features present in its search results which at the moment encompass the following:

However, all is not lost! First of all, it’s probably fair to say the most no-click searches are from individuals looking for immediate answers where they don’t need any additional content for the answer (for example, ‘what is the time’ or Brad Pitt’s age’ which, as query types, aren’t something SEOs should fret over getting no clicks for. Secondly, the growth of featured snippets presents a new opportunity to gain plenty of extra search traffic if such search features can be acquired.

Making the best of a bad situation

Another alternative strategy to the usual one  for marketers (i.e.rank on page 1 for lead or sales based queries) is to instead focus on top of the funnel, informational content instead to engage users near the beginning of their customer journey. It’s also important to manually look at results – if search results pages can be identified that have more space above the fold (minimal ads or search features, preferably without any big brands in there as well!) it becomes quite a lot easier to catch user’s attention. This brings us neatly on to the next item on this list, which is…..

BERT is here to stay

Towards the end of last year, Google rolled out BERT in its systems (for those who are wondering, it stands for Bidirectional Encoder Representations from Transformers) which is in short:

A neural network-based technique for natural language processing pre-training. In plain English, it can be used to help Google better discern the context of words in search queries.

This is a bigger than usual step for the search engine giant in the direction of AI, machine learning and natural language processing as it impacts around 1 in 10 queries. This may not sound like a lot, but in search terms is huge. This is certain to impact large numbers of ‘long tail’ queries (long questions and similar) which are generally a lot easier to rank for and tend to convert better as well. However, it is important to note that it’s very difficult, if not impossible, to optimise for BERT specifically, as is the case with similar updates. This is mainly because the technology is a self-contained black box to help Google deal with unusual queries, rather than interpret site content. Also, the sort of queries it is designed to interpret are very likely to not be present in the usual databases that SEO practitioners tend to use for data in these scenarios (such as SEMrush and Ahrefs)

If you want to talk to our specialist team about how we can help you with your digital marketing, talk to our team today.

Structured data as a ranking factor

Given the explosive growth of richer search results as mentioned above, it wouldn’t surprise us to see Google encouraging webmasters to add more structured data onto their pages. What better way to entice website owners, anxious about traffic, to add some structure than to make structured data a ranking factor?! This has been the case before with both SSL and site speed becoming ranking factors, as well as the increasing push towards mobile. What all of these factors have in common is that they make the search/browsing experience better for the user, and given that advanced interaction with the SERPs themselves is increasing, it wouldn’t be surprising to see Google dangle an extra juicy carrot in front of the SEO community.

Moving away from m. sites and towards responsive

It’s common knowledge by now that having a fast, secure mobile-friendly site is a must, but what’s less commonly known is that there are 3 ways of implementing mobile sites:

A recent tweet by John Mueller confirmed that having fewer page types is generally better from Google’s perspective and the official Google documentation on mobile sites clearly states that responsive design is preferred over maintaining separate mobile pages. 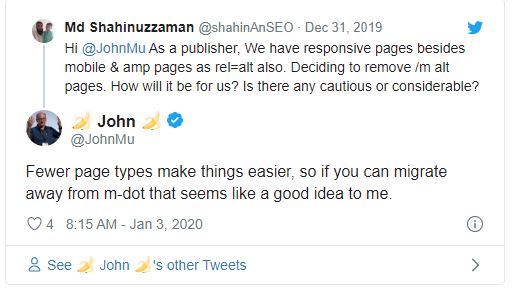 There are a number of reasons for this:

We believe that Google will push harder for sites to become responsive which is generally a better solution for users as well as Google itself.

Ben Henderson is a SEO specialist at Agency51, and enjoys working on and writing about all aspects of technical SEO for a wide variety of websites and industries.
← Google Algorithm Updates | Penalty Recovery GuideHow to create an effective post-lockdown content marketing strategy →