Tips from Writers, for Writers, on National Writing Day

Hooray, it is the fourth National Writing Day today! According to the Literacy Trust, the day was created in “celebration of the power of writing creatively, inspiring people of all ages and abilities to try writing for fun and self-expression”.

In the spirit of the day, we have brought together a plethora of tips from a range of writers from content creators and stand-up comedians to authors and poets. So whether you think you are just blagging your blog, are finding adversity in writing verse or that your novel isn’t particularly novel, there should be something here to help for everyone! 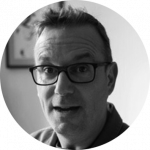 Stories are fractal. Every dialogue exchange, action, scene, act, arc, story boils down to: a person wants something. Something or someone is stopping them getting it. They try anyway.

I’m pretty sure first draft of anything is *supposed* to be shit. The second will be a bit better. The third will be almost acceptable and so on (I hope this is true for everyone). Writing, good writing, is rewriting but…

James Harris is an author, filmmaker and performer.

In 2019 James won the Hachette Childrens’ Novel prize at the Northern Writers’ Awards. His children’s book “The Biscuit Factory” will be published by Hachette in 2021. 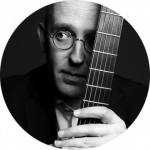 Always carry a notebook and fast pen. You don’t want to be looking for something to write an idea down on while you’re struggling with a shitty biro that takes a thousand desperate circles before it starts writing in scratchy morse-code lines. (I use the notes app on my phone sometimes, but my go-tools are a Moleskine notebook and Blackwing pencils, because they are where I pay my rent: they are where I make my money, and I like that I’ve settled on these tools as working best for me.)

This is the ‘Golden Rule’ as I heard it from Francis Foster at The Angel Comedy Club – When you’re writing, write. When you’re editing, edit. Don’t judge the quality of what you’re putting on the page as you’re doing it.

Like the late Bill Withers said “you can’t get to wonderful without passing through alright”. Don’t be afraid of being shit, just write, and get into a habit of writing, because it all adds up: those phone notes that I sometimes use I mentioned in Tip 1? There’s 2,500 of them now. There’s a shelf of notebooks, too. Snowflake upon snowflake, you get an avalanche.

Silky has been a stand-up comedian for 25 years, with shows worldwide, and almost a decade of consecutive Edinburgh fringe shows under his belt, and seven years experience teaching stand-up, improv, creativity and playfulness. Join his mailing list here. 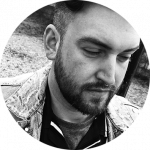 One of the biggest mistakes I made when I first started writing years ago, is not knowing what on Earth I was actually writing about. Before I even started typing, that sense of uncertainty set in and immediately affected my ability to even think properly, let alone write anything.

That’s where research and planning can help. Research your subject from multiple angles. Take notes. Create a wall of scrawled-out observations and link them all together with red string if you really want to!

Just never underestimate the power of knowing about the topic when you’re writing. It might seem obvious, but it can often be overlooked (particularly if there’s a deadline looming).

Your head can fill up with a cluster of ideas pretty quickly. That in itself can be both a blessing and a curse. It’s great when a flood of inspiring ideas washes its way through your brain. But if you’ve ever just kept them up there and not recorded them elsewhere, then you’ll know just how easily they can be forgotten or diluted.

Your ideas are what fuel your writing, so write them down! Don’t let any feelings of insecurity push you into a corner (as hard as it is to resist sometimes). If you feel like an idea isn’t good enough, write it down anyway – you don’t have to include every last one in your final draft.

Not only does this give you plenty to go off of when you do get around to writing your piece, it also means you’re putting pen to paper/fingers to keyboards/chisels to stone slabs. Simply writing something will get you into a flow and boost your motivation.

I’ve lost count of the amount of times I’ve said “Sod this!” and completely given up on something because of my chair…

That’s not to say that my well-worn home-office furniture is shouting abuse at me and shredding my work to pieces. And it’s by no means an excuse to compensate for some of the work I’m less proud of either. But my God, if I’d have known how much easier it is to write when you’re comfortable, I’d have saved myself a lot of time and frustration.

Get yourself comfortable. Right now, this has been one of the most important things I’ve been able to do to help my output (and the quality of my work). Just don’t fall asleep and let that deadline pass by you…

Daniel Martin-Lemmon is a Content and Digital Marketing Executive at Agency51 with a passion for all things writing and marketing-related.

From adverts and email campaigns, to long-form blog posts and instructional guides – he’s spent the last three and a half years crafting engaging copy in an e-commerce environment, and now spends his time developing a diverse range of long and short-form content for a variety of different industries. 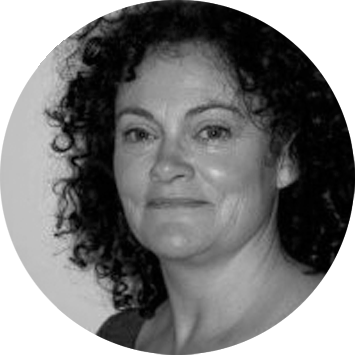 To get started you have to switch off the critical voice in your head and write or type as fast as you can to get something down on the page. It doesn’t have to be Shakespeare. Just write anything. That gives you a starting point.

Read what you’ve written and see if you can identify the one key thought. What are you trying to say?

Re-write to make your point. Check for grammar and spelling. Then post, print, publish or send it.

Karen Birch is a freelance communications lead who spends much of her time copy editing other people’s words. She gives their drafts a final polish — checking for narrative flow, tone of voice and editorial style (not forgetting sound grammar). 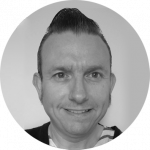 Find what works for you. Using five-act structure for stories, as outlined in John Yorke’s book Into The Woods, really unlocked something for me. That might not be your thing. Try some different approaches to writing and find out what is.

Get something down. If you have a rubbish first draft – or a written plan or even a document full of vaguely connected thoughts and ideas – you at least have a starting point. You can begin to pull it apart and put it back together in better shape.

Keep at it. Keep working. Keep learning. Keep improving. Keep writing. What else is there to do?

Christopher Stanners is a comedy writer who loves to refer to himself in the third person. He has written numerous spec sitcom scripts for TV and radio. He is a regular contributor of jokes to the topical panel show Breaking The News, which starts again on BBC Radio Scotland on Friday 26 June. You can sate any further thirst for knowledge about him here. 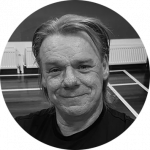 The Poet and Playwright

Music can often get the creative juices flowing. Find the type of  music to write to that works for you.

Trust yourself and your ideas but always do at least three drafts. There is always room for improvement!

Character depth is everything.  Fill in as many aspects of their personality in a notebook as you can before starting the writing process.

Dave began writing poetry for performance 25 years ago and has over 200 completed pieces.

Back in 2005 he wrote his first play and has written five more full length plays since which have been performed by local theatre groups. He is currently writing his first novel with a working title of ‘The Life Machine’. 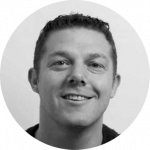 Whether you are writing a blog, a sketch or a novel, plot out a list of points you want to get across or milestones in the story you want to reach before starting the writing process. This will provide you a structure to follow, a skeleton to flesh out and something to aim towards.

A change is as good as a rest. It is significantly more difficult in these times of lockdown, but a change of scenery (e.g. a local cafe or library) can often reignite flagging creativity. If a completely new location isn’t feasible,  switching rooms in your house or office may also do the trick!

Sometimes a rest is best. It isn’t always possible if a deadline is looming, but if your inspiration is wanting, put your writing aside and come back to it later. A clear mind will often give you a fresh perspective, re-energise your enthusiasm and allow you to produce twice as much copy in half the time.

Gary Skipper is a Account Director at Agency51. He has over 20 years’ experience in marketing and has worked with all aspects of the marketing mix both online and offline. For the last 5 years, he has focused on digital marketing and promoted and created content for sectors as diverse as dentistry, construction, veterinary and car leasing. He also writes in his spare time which has led to working for television and performing stand-up comedy.
← The Foundations of Search Engine Optimisation (SEO)Technical SEO Basics – Foundations of SEO (Part 1) →